E-bikes on the Ramble Ride, oh my! 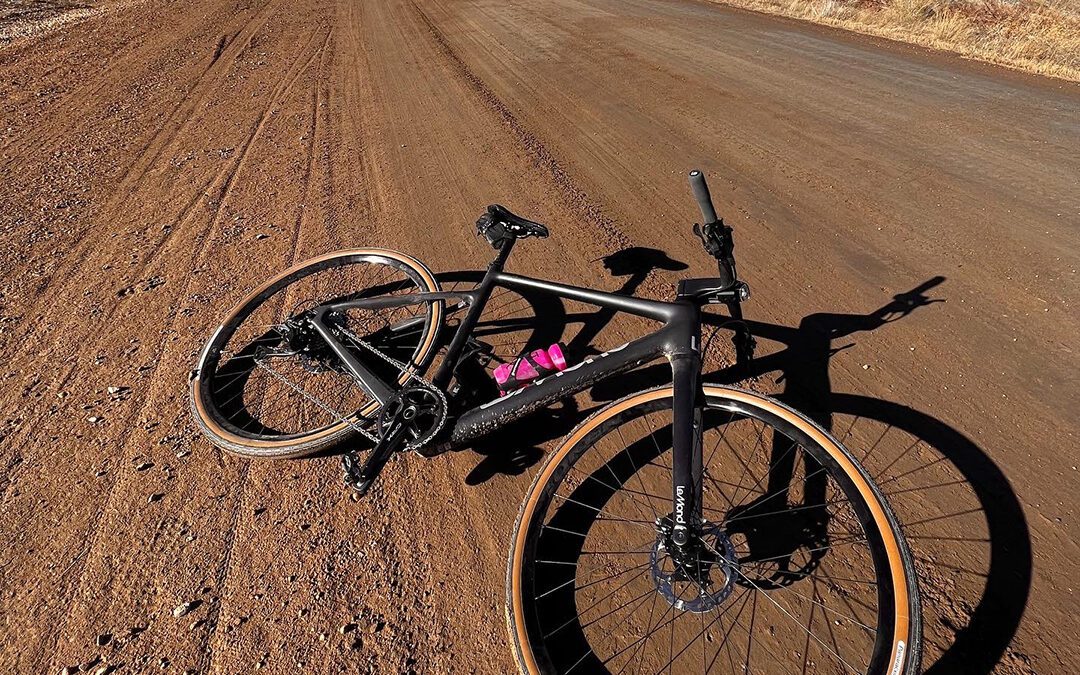 I’ve had the opportunity to test ride a LeMond Prolog for review. I was glad to do it as it coincided with the launch of the new rides, which always bring questions about allowing e-bikes. Spending several weeks with this bike gave me the opportunity to answer if e-bikes are appropriate for the Ramble Ride.

I do love the idea of e-bikes. As someone who ran an urban bike brand for a bit, I love the idea of car replacement with a bike that was just a little more. In-town trips and errands all seemed to be perfect for an e-bike. Bikes in this urban category are largely class 2 and 3 bikes. Class 1 bikes, pedal-assist only with a 20mph cut-off, were less attractive to me as they were more targeted to sport. I don’t know why. Old school snobbery probably, and my opinion was, why have it? Just ride slower, and eventually, you’ll get faster. Also, thinking I might “need” an e-bike conjured coming to grips with the realities of getting older. I’m not ready to look at that reflection quite yet.

Then I got to test the LeMond Prolog, a class 1 bike using the Mahle X35+ system. And things changed.

While not totally for me, I get it now. And by “not totally for me,” I mean because luckily, I can still pedal an analog bike as well as I want to. Still, every ride was a blast. Yes, I was faster on climbs and faster on flats and rollers. My average, solo, 13-14mph, jumped to 15-16mph on gravel roads (13% faster), but the hub drag was noticeable when the power was off or exceeded the 20mph limit. I also felt the bike was harder to keep at speed, and I could feel the motor engaging and disengaging while pedaling. For some of our gravel bike-able trails, I did notice the bike’s heavier rear end. In short, even though I was faster, I still needed to work on the rides, especially with longer rides requiring more battery management. I was more “aware” of the Prolog, whereas my analog Hakka often melts into my experience. Not better or worse. Just different. In a group setting, where speeds can easily be at or above 20mph, the benefits of the motor lessen, and on long, fast descents, it seems to work against you. They aren’t the Boogey bike that some folks think they are.

I bring this up because we get several negative comments whenever we publicly talk about allowing e-bikes, such as from a recent Instagram post.

The reality is an e-bike only impacts the person riding it. Riding one on a Ramble will bring challenges, but the benefit is that rider should get to camp fresher and be better prepared to ride the entire event.

If you have a class 1 e-bike, let’s talk about what I think about riding one on a Ramble.

The main challenge, in my opinion, is travel. Around 80% of riders travel to Colorado, and many fly. The FAA recently changed the rules for lithium batteries, and now any more than a 100Wh battery is prohibited. Since this LeMond and most others are 250Wh, you’re unable to fly with them. You could remove the battery and ship it to your destination, and then pack your bike as normal. But that means you’re likely without your bike or battery for a few weeks since the battery has to ship ground both ways. It’s not impossible but more complicated than an analog bike.

Another challenge, as mentioned, is that you’ll need to ride the last 10-20 miles with no power, more if you don’t have a range extender battery. I would consider an extra battery as a must-have. These batteries claim another 70% battery life. Even still, I’d ride the FIRST 20 miles with no or minimal power, but you’re still going to need to manage your battery, something you’re likely already aware of if you ride a performance e-bike.

My other concern is the weather. The Mahle system that most class 1 bikes use is water-resistant and “protected against splashing,” but we’ve had some hard downpours on rides. Since the roads are dirt, bikes get very muddy. Cold is also a concern, and it’s not uncommon even in summer for night temps to dip below freezing. This concern may be due to my overall lack of long-term experience but I did get the odd error and flashing purple light (meaning service required) and momentary loss of power while riding in muddy and snowy conditions. However, it could have been as simple as moisture getting into the hub connection. I never had any ongoing issues, though. 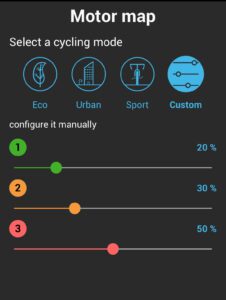 For a Ramble Ride or touring, I’d recommend lowering your support percentages even a little more.

I still think fitness is your most significant advantage on a Ramble Ride. But can an e-bike manage a Ramble Ride? The answer is yes, but it does have some caveats. First, keep in mind that on an average day of 60-70 miles with lots of climbing, you’re going to need a range extender battery. Even then, there are so many variables that I don’t think you’d make an entire ride powered; you’re still going to have to work. I would also recommend mapping your motor to offer minimal power on the lowest setting, enough to overcome the added weight and drag and adjust the mid and high range accordingly. With the LeMond, I’ve been able to get 60-mile rides easily without an extender battery, mapping a low-power green (low) mode, and turning the system off when the roads were flat or descending (about 20 miles unpowered riding and 40 powered). Climbing was either in low or medium settings. I reserved high power for in-town on these rides where I just wanted to get home. The lowest charge I hit was 8% battery. Keep in mind, the climbing on a Ramble is easily three to five times more elevation gain than my longer Front Range rides. That’s why the extra battery.

For Rambles, e-bikes would require receiving batteries or bikes from guests, transporting them to the events, purchasing an appropriate (and quiet) generator, a separate location to charge away from the main camp, and packing and shipping bikes or batteries afterward. Possible? Yes, but this would require an additional fee for e-bikes.

Testing this LeMond has changed a lot of opinions I’ve held about e-bikes and their capabilities. We don’t use roads or trails that prohibit them, and class 1 bikes give few advantages when fit, but every advantage if you need it for enjoying cycling. Why would we limit who can enjoy our rides when doing so has no impact on our other guests? If we say we’re inclusive, and we can support riders who need them, we should.

With the advancements in batteries and lightweight manufacturing, it makes sense to allow class 1 bikes for guests who have them and are willing to pay for the extra support they require. Throttled and heavier bikes like cargo bikes fall too far outside our support system on the route to permit them, and I believe we start talking about another type of transportation with a throttle.

If you ride a class 1 bike and understand the limits on a ride like the Ramble, contact us, and let’s see if we can get you riding.

The LeMond Prolog is an excellent bike, and for Ramble purposes, gave me the first-hand experience I needed to make a definitive answer on a popular question. My use was probably outside their use-case, but it worked well. As a flat-bar bike which is becoming more popular on our rides, it’s well suited for touring recognizing the same limitations as for the Ramble. With a range extender battery, I would have no hesitation riding a Ramble or touring with it.