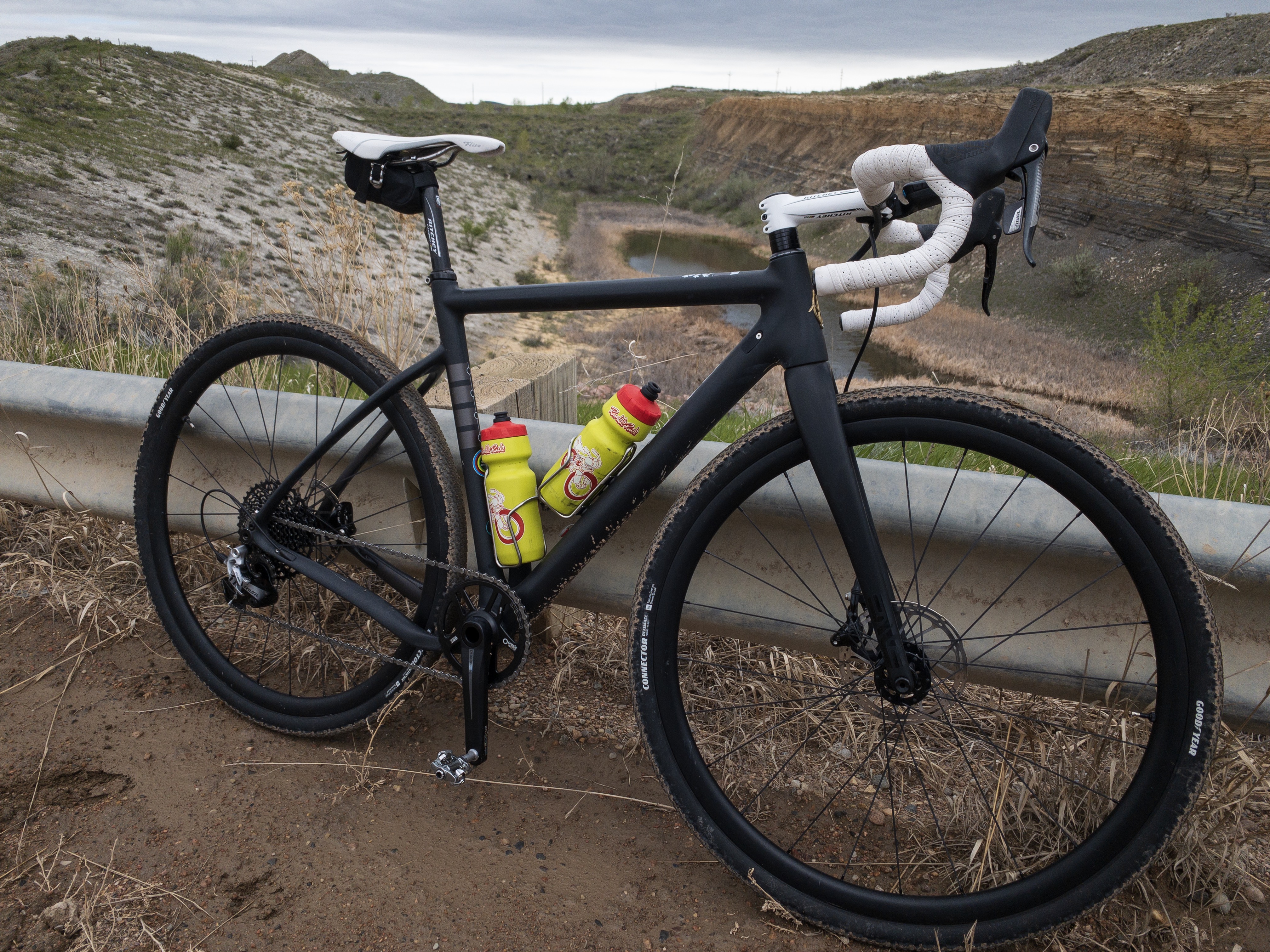 Six thousand miles. That’s the milestone I turned over today on the Hakka MX, Ibis’ gravel bike. It took me just about a year to do it, consisting of mostly gravel rides but some bikepacking as well as all day road rides.

I’ve ridden a lot of different bikes in 34 years, and I’m not the type of rider that glorifies the old days, nor do I particularly care about which bike. To me, they’re tools, and as such, I want my bikes to work and be comfortable.

So what’s it like riding? It’s not my goal to cover the details of the bike that you can find online (I’ve linked a great review below); Instead, let me tell you what it’s like from an average rider point of view. First, let’s start with the pedigree. Designed by Andy Jacques-Maynes, a past pro cyclist of several disciplines, and ridden to a Cyclocross Masters World Championship by Don Myrah, this bike has what it takes to offer high-level performance. It’s predictable and precise, which is what you want in a gravel and offroad bike.

That said, as an average rider, the highest praise I can give the Hakka MX is that it melts from any thought on the ride. For me, that’s an important trait I look for. I want a bike that allows me to focus on the experience of the ride and the sensations I feel as a rider. No need to fight it, the Hakka goes where you point it, and it offers no excuses; it’ll handle flat out hammering on washboard roads, off camber turns into muddy tracks, and respond to whatever watts you throw at it.

It also melts from thought by what it doesn’t do. It doesn’t beat you up, something that can be tricky with carbon bikes offroad. Comfort on a bike to me is probably the most important thing; I can deal with component issues, but if my memory of a ride is a sore back, chances are I won’t be excited to get out on a long ride over the weekend. The Hakka is the type of bike that whispers “not yet” when you get to the turn towards home.  I do recommend changing the stock 31.6 aluminum seatpost, however. It’s a trend that MTB brands seem to swap over to gravel bikes. Sure, if you want to use a dropper post but really who is doing that? Charge into a set of washboard with that fat aluminum post and get ready to ride a jackhammer. Instead, get a quality shim, and a smaller diameter 27.2 carbon post. That smaller seatpost and carbon give just the right amount of flex that seems right on this bike over the rough stuff.

The other trend I’m not entirely behind is a 1X. While moving to 1x is an industry-wide phenomenon, this bike, in my opinion, needs a double chainring, preferably a 52/36. Why? With the current 40t single chainring, I spin out all the time on spicy rides. To me, it’s like putting a limiter on a supercar, and I don’t understand the fascination the market seems to have with it. Lighter? Pfff. Simpler? It’s not rocket science. If you’re buying this bike for strickly cyclocross, or even bikepacking adventures like the Ramble Rides, then I’ll acquiesce. But for a gravel bike or multi-purpose bike, you very well may get dropped because of it. I have. In the end, your satisfaction with this depends on your style and purpose of riding.

I am getting used to it, however, and with the 1x becoming more of a gravel bike standard, once old-school dinosaurs like me stop riding, or can no longer turn over a 52t chainring, perhaps no one will be the wiser.

In the end, my stock Hakka MX with just a few minor personal tweaks for fit has been my constant companion for every ride over the last year, and I’m looking forward to the next six thousand miles.

In full disclosure, Ibis does partner with the Ramble Ride, but didn’t ask me to put down my thoughts; it’s a bike I would and do recommend regardless of the relationship. And it’s not just me; last year Ibis brought a fleet of demos for our guests to use and post event, we’ve racked up nine sales that I know. Think about that: you borrow a bike for an event and afterward end up buying one from your local dealer because you liked it so much.

That’s a better recommendation of the Hakka MX than anything I could say.

For a solid and thorough review of the Hakka MX, Bikepacking.com’s take on the bike, ridden in last year’s Ramble Ride, is an excellent read. Read about it here.